Three easy ways to use pumpkin. 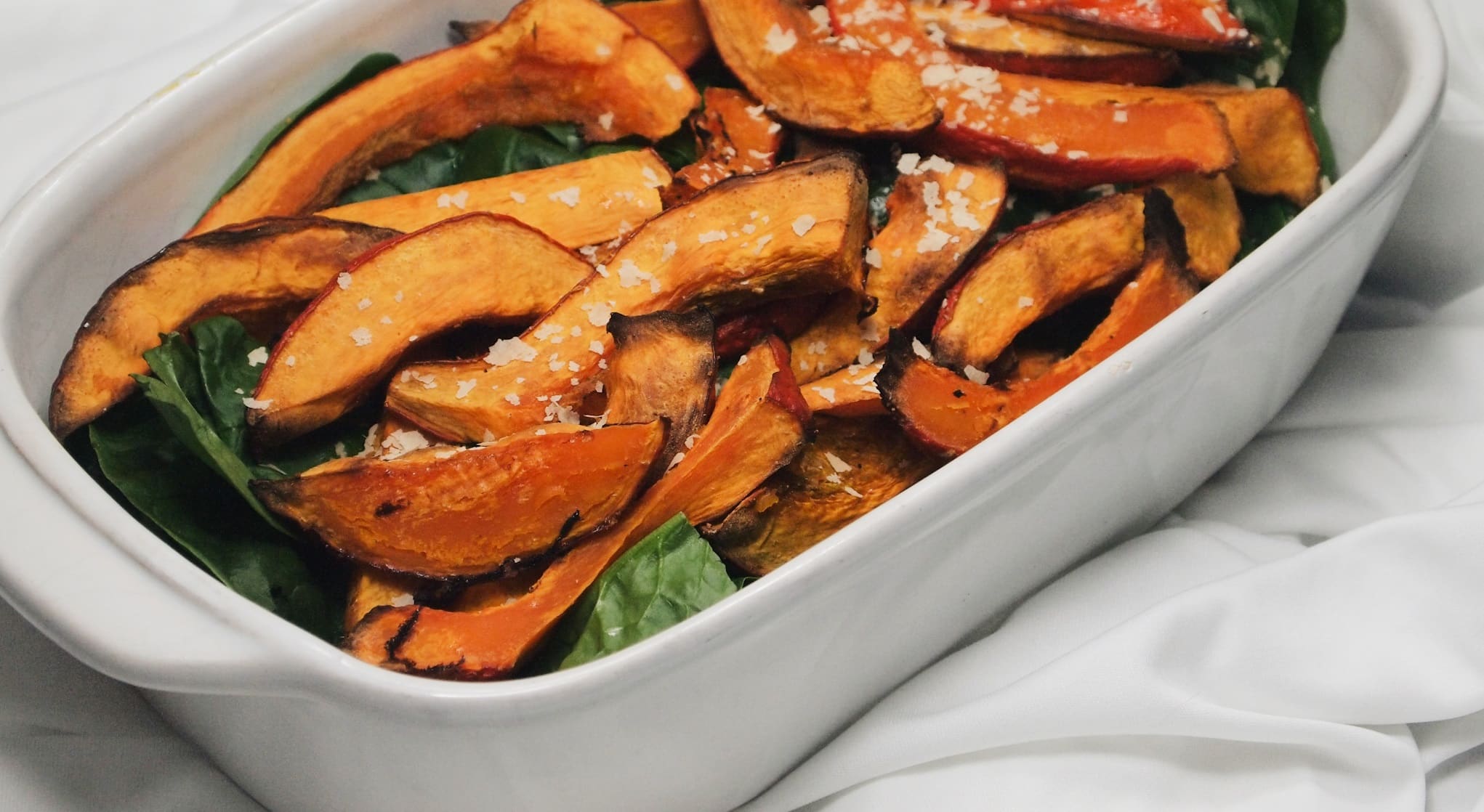 But.. how do you prepare them for eating without any complicated recipes, you might be asking yourself? Good news: You don’t need a lot of time or crazy kitchen skills for a simple and quick pumpkin meal, that’s why I love them so much. I’m actually pretty lazy when it comes to cooking and don’t like to waste a lot of time in the kitchen that’s why I never use any long recipes for which you need tons of ingredients but rather keep it super simple.

So, to give you some inspiration, here are 3 ways in which I use pumpkin: 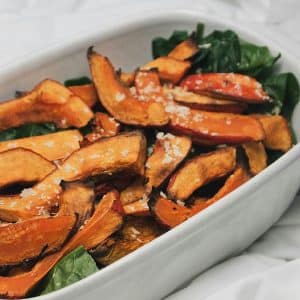 All you need to do it to cut up your pumpkin. You can cut it into cubes, wedges, fries,.. whatever you prefer. You can peel them but you don’t have to. I never peel them as it takes a lot more time plus I actually like the peel somehow. After that you simply spice the pumpkin with whatever you like, I usually just put salt, garlic and some pepper on it. Then put it in the oven until the pumpkin is soft and gets a little brown. It usually takes about 20 minutes when I put the (preheated) oven on 200°. Depending on how thin you cut it, it may take longer or shorter. I like to eat my oven pumpkin with some greens and to put nutritional yeast and ketchup or barbecue sauce on top. 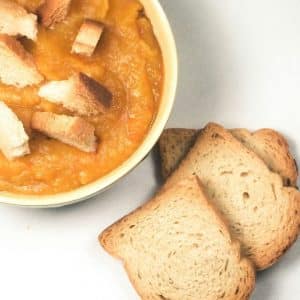 Cut up your pumpkin and cook it in a pot until it’s soft. It doesn’t need to be super soft as it gets mashed up anyway. When it’s ready, you add some water (you can also add some plant milk for more creaminess) and mash the pumpkin up until it reaches the consistency you like. Some prefer their soup thicker and some more fluid. After that you can spice your soup with whatever spices you like. 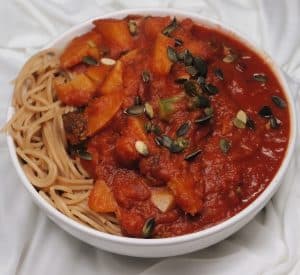 What I like to do as well is to just add pumpkin cubes to different sauces like tomato sauce or curry sauce. You can just prepare one of your favourite sauces that you usually make and then add the pumpkin to it. For this you can either soften the pumpkin in the oven or with cooking it in a pot, doesn’t really matter. I wouldn’t make it too soft though but rather fully soften it by cooking it together with the sauce for a while in the end.