So far there are only these four countries on my travel wishlist:  Venice, London, Rome & Istanbul

To be honest, I can’t even explain why thse four but I’ll try. 😉

Venice: I’ve always thought that this city is so romantic. And I don’t mean this because of the gondolas. 😉 I can’t even explain why I get this feeling but  I still remember that my wish to visit this city started with these books I’ve read as a teenager. I just feel such a special atmosphere when looking at photos from this city and reading stories about it. It’s so old and somehow mystical, maybe because it’s about to sink one day. Maybe that’s also a reason to visit it as soon as possible. 😀 Just kidding, I don’t think it will sink that soon.. will it?

London: Well, what can I say? Harry Potter.. 😀 I’d especially love to visit platform 9 3/4 at King’s Cross. In my opinion London is a city you must have seen once in your life. Or at least I think that I have to see it once in my life. 😉

Rome: I just love ancient cities! So Rome is one of THE ancient cities of the world for me. I’d love to see the Colosseum, it’s just such a beautiful ancient building and it’s absolutely incredible when you think about how buildings as huge as this one were built just by men back in those days, without all the machines we have today. Of course there are other cities with architecture as found in Rome but somehow Rome appeals to me the most.

Istanbul: I have some Turkish friends who I met during my semester abroad in Sweden and I’d love to see them again. They all live in Istanbul and they told me that this city is split in two, in west and east. The east side is very traditional and oldfashioned, especially considering religion, and the west side is quite European. The women in the west for example are allowed to wear short skirts and tops. I find this really fascinating and would love to experience this clash of cultures in one country. Turkey is also one of the countries which I’ve heard a lot about from other people as the perfect country for summer vacation and I’ve seen lots of beautiful pictures. So I think it’s a country worth visiting anyway, not just because of its interesting capital. 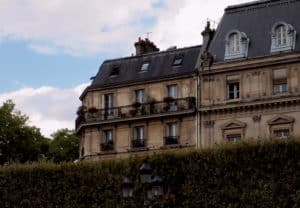