After 1,5 years in Australia I finally made it out of the bush and went for a roadtrip along the coast for 3 weeks.

I started off driving from my little outback town in Queensland down to Princetown in Victoria which alone took me 2 days as Australia is such a big country and the distances are crazy! I spent one night sleeping in my car in a caravan park in a cute little town called Hillston, NSW. My car is actually pretty comfortable and cozy because it’s big enough to fully stretch out and have enough room, I really enjoyed having my car as my little home for a few nights.

The reason I decided to drive to Princetown first is that I found another nice camping area there which is only a few minutes away from the 12 Apostles and of course I had to see the 12 Apostles, one of the few things that I actually had on my bucket list for Australia and they didn’t disappoint. I also visited Port Campbell, a cute little town close to Princetown. The evenings were spent around the fire with my lovely camp neighbours who invited me over to join them for dinner and drinks.

After spending 3 nights on that campsite in Princetown, I finally hit the Great Ocean Road as it starts right after Princetown and drove on to Apollo Bay. There I spent 3 nights at the most beautiful (eco) hostel I’ve ever been to. Apollo Bay is really small but so beautiful. I didn’t do too much there except for relaxing, going for runs, enjoying the beach and going for my first surf in over a year!

After Apollo Bay I drove on to Lorne which is a bit bigger and more touristic than Apollo Bay but still rather small. Luckily all the towns along the Great Ocean Road are pretty close together as the Great Ocean Road itself is only about 400km long. I only spent 2 days in Lorne staying in an airbnb. As it was mostly cold and rainy, I spent most of the time inside except for going for a run and a stroll through town but that was alright as my accommodation was so cozy and beautiful.

After Lorne it was finally time to drive to a bigger city called Geelong which is located right next to Melbourne. The thought of it made me a bit nervous as I’m not used to big cities anymore and I’d never before driven in a big city with lots of traffic in Australia. However, everything went well and I ended up spending almost a whole week there, going for runs, walks, sitting by the beach, going surfing, being productive with work and simply just enjoying myself.

Before starting this whole trip my plan was to visit Melbourne and Sydney but eventually I decided against it. First of all, I didn’t feel like driving in these cities.. too much traffic, too stressful. I’m also not a big city person and even less now after having lived in outback isolation for more than a year. After arriving in Geelong I felt even more sure about my decision to not visit Melbourne and Sydney as Geelong was already busy enough for me. Being completely honest with myself I also realized that the main reason for me to visit those two big cities would have just been to “have seen them”. I was never really that interested in visiting them but thought that being so close, I should use that opportunity and have a look. However, I came to the conclusion that I don’t have to do anything I don’t feel like doing just because these cities are so popular and famous and most other people visit them when in Australia.

After Geelong I drove up to Brunswick Heads in News South Wales where I had another airbnb booked for several days. It took me another 2 day to drive up there and I ended up spending another night in my car in a camping area on the way. That camping area was located in the Belanglo State Forest. Now if you’re Aussie you probably know the story around this forest and if you don’t – look it up. I didn’t know anything about it and so I didn’t worry about sleeping there. A friend texted me and told me about it. Fortunately I’d only seen this message in the morning when the night was already over because knowing what I know now I wouldn’t spend another night there, haha.

Unfortunately I was a bit unlucky with the weather again in New South Wales. After 2 sunny days it started raining and we also had some thunderstorms but I’m not complaining as Australia needs the rain with all the drought and bushfires. I spend a lot of my time in Byron Bay where I always wanted to go.

⁣This whole Australia thing turned out to be so different from what I thought it would be.⁣ ⁣ 1,5 years ago when I flew from Bali over to Brisbane, my plan was to stay at the East Coast, get a job in the Byron Bay area, go surfing and then go back to Germany after 1 year, that’s it.⁣ ⁣ Instead I ended up living and working in the outback, falling in love with an Aussie, spending time in Western Australia, extending my visa, going on a roadtrip, starting a new business, planning on staying in Australia,.. things I’d never imagine would happen.⁣

Anyway, so now I finally got to visit Byron Bay and it didn’t disappoint. The nature is absolutely stunning, it’s beautiful beyond words.

Byron Bay and Brunswick Heads themselves are full of hippie alternative people which even was almost too much for me even though I resonate with all of this a lot.. I probably just spent too much time out in the bush, haha. The people in the outback and the people in Byron Bay are as different as can be.

Even though the weather wasn’t the best I made the most out of my stay and enjoyed the beaches and ocean, met up with someone who I before had only connected with online, went to fancy restaurants, strolled through town, went to a little party with live music,..

After New South Wales I drove up to Brisbane to visit my partner’s mom, met up with another “Instagram friend” of mine at the Gold Coast for lunch on the way (finally – we’ve known each other online for years!), and then from there I went back to my little outback town. 🙂

One thing I know for sure: Should I ever go for another coast trip (which I definitely will should I end up staying in Australia in the future) I will only drive to Byron Bay and stay there as it really has everything you could wish for. Great vibes, good food, beautiful nature and amazing surf spots.. and it’s “only” a 8h drive from where I live which really is nothing in Australia. 😉 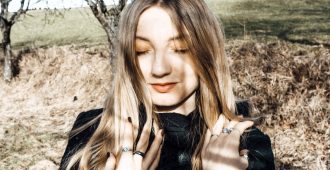 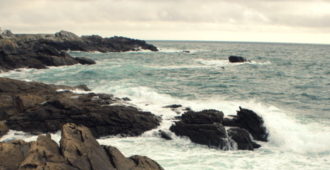