When I was in Sweden I went to Denmark one day with a small group of people from university. We went there with two lecturers who know the city very well and who could show us a lot of places. They could tell us some historical facts about them as well. From Kristianstad in Sweden it is only about one hour with the train to get there. I was really excited to cross the Øresund Bridge to Denmark. It’s a very special bridge that is half under the water and it separates Denmark from Sweden.

I had been to Denmark before. I once participated in a one week exchange back in school when I stayed in a Danish family. Unfortunately I couldn’t see much of Denmark back then because we almost only stayed in school as we had to work on a project which was quite a shame.

When we arrived in Copenhagen the rain was coming down in sheets. We were lucky though that it got better after lunch so we could make a boat trip with a boat that set sail from the lovely Nyhavn. From the boat we could see a lot of the city which wouldn’t have been possible by foot in such a short amount of time. We even saw the big hall where the Eurovision Song Contest took place in 2014. 😀

We also got to see a statue of the little mermaid which made me really happy as I love Hans Christian Andersen‘s stories. Other special places we visited were the beautiful church Frelsers Kirke (I’m not religious though 😉 ) and the palace where we watched the mounting of the guard.

Why it says “a capital that doesn’t feel like a capital” in the title is because the city is so calm and peaceful, not crowded at all. You don’t really feel like walking the streets of a capital. It got a little crowded at one place in the city though because there was a pre-Eurovision Song Contest event. Unfortunately the main event took place some days after our visit. The atmosphere in the city was great already at that time anyway.

I’m a little sad there was no time to visit Tivoli Gardens amusement park. It was also quite expensive to go there. But if you visit Copenhagen you really should go there. I heard from some people who went there that it’s really beautiful and worth the money.

Though we only spent one (rainy) day in Copenhagen, I really enjoyed my stay there. I even could imagine living there as I liked the atmosphere a lot. I also absolutely fell in love with all the beautiful buildings and havens. 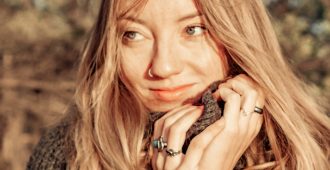 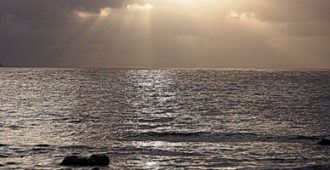 2. Juni 2015 No Comments
No accommodation? No problem. 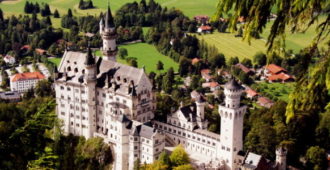