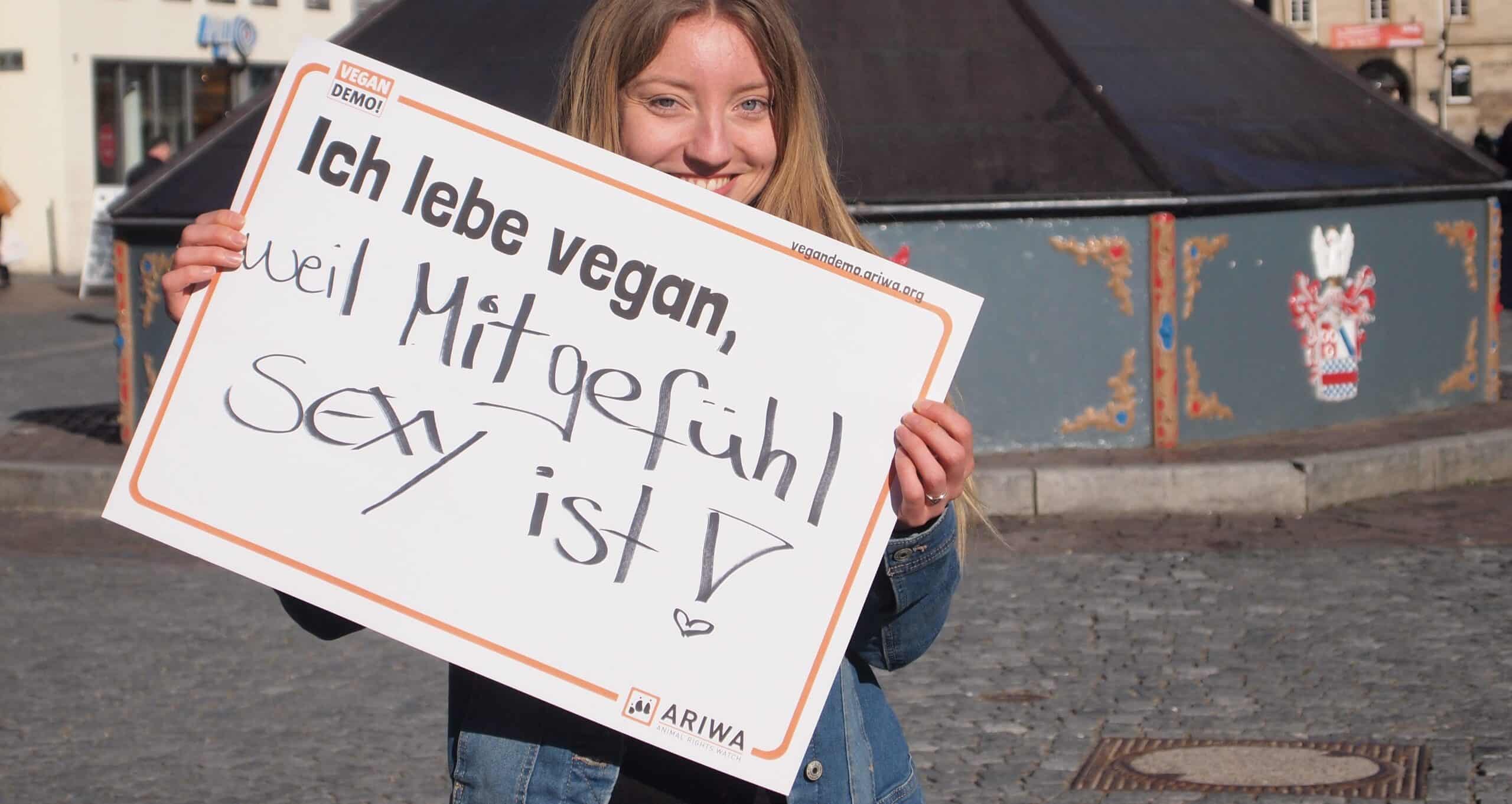 Today I took part in my first vegan demonstration and loved it! <3 I decided to share my experience as I can imagine that a lot of vegans would like to take part in something like this but maybe are a little sceptical and afraid – which I can totally understand.

The demo I went to was organized by Animal Rights Watch and was “peaceful” demo – so no screaming, throwing things at people, getting naked, acting like dead animals,.. you know what I mean. We were basically just writing our reasons for being vegan on signs and were holding it up while standing at a market place so that people passing us by would read them.

I chose the message “I’m vegan because compassion is sexy” as I think it’s nice to spread the message in a more fun way. A lot of people wrote something like “I’m vegan for the animals, the planet and my health”, “I’m vegan as I don’t want to contribute to animal cruelty” etc. which is great, too! I just thought it would be nice to have something a little bit different to the usual messages to have some variety. A lot of people reading my sign actually smiled or laughed, so I think it was a good idea. Someone had a sign which said “I’m vegan because it’s manly” which I think is also pretty funny.

So, at first it felt a little weird to stand there in the middle of the city holding up a sign and to basically put myself out there for everyone to see that I’m speaking up for the animals.. I mean, I guess it feels a little weird to do something like holding up a sign in the middle of the city for the first time anyway and when on top of that it contains a message that probably a lot of people don’t agree with or don’t understand it feels a little.. scary?

I was constantly wondering what people passing us by were thinking. Were they feeling understanding, interested, ashamed? I really hope that the people went home thinking a little bit more about this topic or even thinking about trying out going vegan or just including some more vegan meals into their daily life after seeing that “us vegans” are just normal people like them and not some weird freaks.

Of course there were some dumb (sorry but it’s true..) people shaking their heads or saying dumb things like “mmh, now I want a steak”, “oh, but she wears leather shoes”, “nice leather bag” (just because not all vegans through out their old stuff after going vegan..) , “it’s so perverse you protest for animals when there are children starving in Africa” (gotta love the African children argument..) etc. but most people were just passing us by without saying anything after reading the signs. The good thing about these signs is that you can’t really pass them by without reading, they just catch your eye.

It was great to see that quite a lot of people actually seemed to be interested and also visited the info-point to get some more information and to try some vegan treats. I also enjoyed seeing children asking their parents what this is all about so that the parents had to explain to their children what veganism means. I wish someone told me about this and about the truth behind animal products when I was a child! At that time veganism wasn’t really a thing though.. so it’s great to see how the word vegan gets into people’s consciousness these days with actions like ours.

Why I loved taking part in this is that it felt like I was actually doing something. I know that by being vegan and spreading the message on social media, I’m already doing something. It’s just that it doesn’t really feel that effective as I’m doing it every day and it just became a normal part of my life for me.

So, if you’re vegan, I highly recommend you to check out if you can find events like this one where you live. It feels good to do something good and it’s also a great chance to meet other vegans from your area. 🙂

And if you’re not vegan, I recommend you to go vegan, haha. 😉 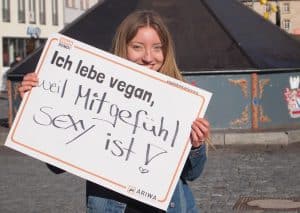